The only financial skill I have that I haven’t seen other people do better than me is DuPont analysis. DuPont analysis tries to find the drivers of a company’s Return on Equity by factoring it into three parts:

For three CDN companies I’m familiar with, the DuPont breakdown looks like this:

The profit margin for Akamai stands out as the only positive one, since they’re the only profitable company of the bunch. Cloudflare and Akamai both have a higher degree of leverage because they’ve both raised money by issuing convertible debt, while Fastly only has minor obligations like unpaid invoices and wages. 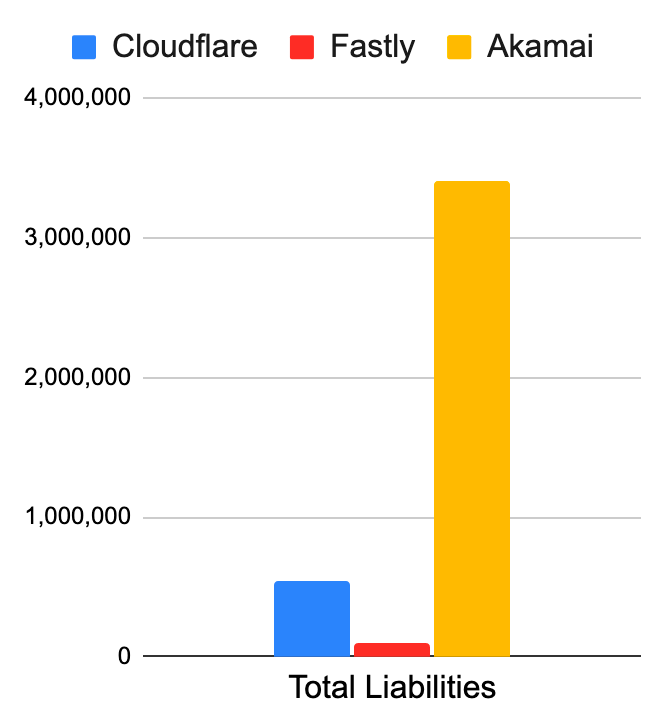 It makes sense that Akamai, as an older profitable company, would prefer to raise funds through debt instead of diluting their equity. But it doesn’t make sense that Cloudflare would be so highly levered, or that they would be the least efficient and also somehow more profitable than Fastly. I suspected this was due to the convertible debt they issued, and since this was done opportunistically instead of out of need, I removed it from the company’s total assets and liabilities. This adjustment makes Cloudflare the most efficient, least levered of the three:

It’s also worth pointing out that between the two unprofitable companies, Cloudflare is more profitable than Fastly, and you can see Cloudflare’s net loss decreasing as revenue increases while Fastly’s net loss is increasing with revenue: